Providing our military personnel, veterans, and their families a comfortable place to rest while traveling through the Miami International Airport.

President of the Board

Robert Kunzler, In 1981 was hired as the Operations Director of the Executive Protection Division of the Wackenhut Corporation, then headquartered in Coral Gables, FL. During the next 6 years I travelled extensively in Canada, Mexico, Central & South America, and within the USA, teaching Senior executives and Multi-national corporate officers how to avoid being kidnapped and training their security personnel the fine arts of avoiding conflict with labor unions & terrorist/drug gangs. From 1987 through 1998, was involved in teaching Junior College level business courses. Additionally was director of Education or Night Dean at four small privately owned colleges in Miami-Dade & Broward counties. In 1998, in response to an inquiry, joined Miami-Dade County as a Civilian Investigations Specialist II, with the Department of Corrections & Rehabilitation, assigned to the Internal Affairs Unit, investigating wrongdoing by Corrections Officers in the conduct of their duties. Retired from Miami-Dade County in 2006.

Since 1981 have been involved in Veterans Organizations. Life Member of the DAV, VFW, American Legion, & Military Officers Association of America. Certified Service Officer for the DAV, able to fully represent veterans from the seven uniformed services of the United States regarding any benefits they may accrue while on active duty in their respective service. In December 2016, was admitted to the Board of Director of the South Florida Chapter of the Military Officers Association of America. On most Mondays, Wednesdays, & Thursday, available at the VA Clinic on 25th Street, to assist veterans with claims. Since 2006, have been a weekly volunteer at the MIA Armed Forces Service Center.

He is on Board of Directors of the Patio Homeowners Association, located in The Crossings, near Tamiami Airport where he and wife Mary have lived since 1981. Served as a board member on the Patio BOD since 1988, and have served twice as Secretary, serving now. Two-time former President of The Crossing Master Homeowners Association Board of Directors, which consists of five sub-associations and approximately 2800 single family dwellings on a 750 acre site in West Kendall.

Between 1965 & 1972, spent 4 & one-half years in Vietnam variously with the 101st Airborne Division, the 1st Aviation Brigade, 1st & 5th Special Forces Groups, and the US Agency for International Development in the Phoenix Program. Had Intelligence assignments in Europe, Africa, & Middle East, as well as staff assignments as an intelligence agent within the continental United States. Served on Joint Staff assignments in the Pacific Command in Hawaii, and was briefing Officer for the Commander of US Forces, Pacific Command during 1978 – 1979. Was involved the Iran Hostage Crisis for the entire 444 days the hostages were held in Iran, retiring from Active Duty on March 1, 1981, as a Chief Warrant Officer W2.

George Cadman spent thirty-one years in active and reserve duty with the United States Marine Corps which included a combat tour in the Republic of Viet Nam. He enlisted as a Private and retired as a Colonel. He was the President of ERA South Dade Realty, Inc for 26 years and is chairman of the Board of Baptist Health South Florida, a faith based, not for profit, multi-billion dollars health care corporation.

He has been Junior Chamber International Senator #18018, and received awards from L. Russell Norton Community Service and Rotary Club Outstanding Leadership and Boy Scout's Distinguished Citizen. He has been president of South Miami Kiwanis, Greater South Dade Chamber of Commerce and of Kendall-Perrine Board of Realtors.

Linda Singer was born and raised in Miami Beach, attended Miami Beach SeniorHigh School, University of Florida and University of Miami. She graduated with honors from the University of Miami with a double major in psychology and sociology. She graduated from the University of Miami School of Law. She has been a Florida Bar member since 1974. Since 1979, she has been a sole practitioner having had a civil practice in the areas of marital and family law, probate and guardianship, wills, and real estate. She now is semi-retired, limiting her practice to probate and guardianship law, wills, and select real property law matters. She is listed in Who’s Who in American Law and Who’s Who and Why of Successful Florida Women. She is a past president of the Florida Association for Women Lawyers (FAWL). She founded the Dade County Chapter of FAWL and co-founded the Association of Commercial Real Estate Women (now know as CREW). She is a member of the Dade County Bar Association and is on its Probate and Guardianship Courts Committee. Linda has been a long-time member of the Rotary Club of Miami, having served on its board for many years and as its president in 2011-2012. Linda has served on the board as a director and secretary of Lakeridge Homeowners’ Association since 2001. 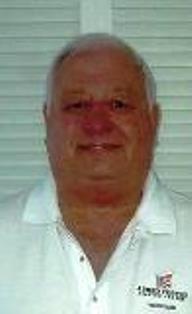 Stuart Kinstler is from Queens N.Y. From 1967 to 1970 proudly served in the U.S. Navy; traveled the world including one year in Vietnam. After leaving the service, finished school and settled in Miami, Florida. Manufactures Representative for National Companies in Florida from 1974-1988. From 1989 to 2012, worked on the business side of Managed Healthcare. Retired in 2012 from the University Of Miami Lennar School Of Medicine. For three years, volunteered for the Day of a Caring – a nonprofit group that supports breast cancer. Served as the Treasurer and on the Board of Directors for this 501c organization. Volunteers as a State Certified Counselor for Shine which helps people 65 and over understand their Healthcare Options.  For almost 5 years volunteering at the Military Hospitality Lounge.

He was founding partner of Latin American Debt Management Association (LADEBT), Member, Consultative Committee, U.S. Department of Commerce Caribbean Basin Initiative. Mr. Reeves has a B.A. degree in Political Science from the University of Southern California, a B.F.T. degree with honors from the Thunderbird Graduate School of Global Management. While in the Dominican Republic, was decorated with the order of Duarte, Sanchez y Mella. Military experience includes a six year tour of duty with the Navy Reserve. Director and Past President of Broward County Council of the Navy League of the United States. He is a member of the U.S. Naval Institute, the Rotary Club of Coral Gables and the MAC Committee of Chamber South. 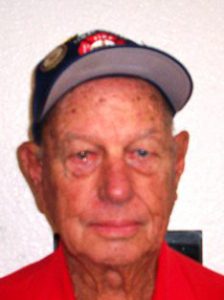 Ed.  Pelton, grew up in the military because his father was a 30 year Army veteran.  After he served in the Navy, he moved to Miami, in 1954.   He worked as a carpenter for 3 years then worked for Pan Am, as a sheet metal mechanic for 2 years.  Then he joined the Coral Gables Fire Department. There he dedicated 37 years and retired in 1997. While employed as a Fireman, Ed worked a second job as an air condition mechanic for 25 years. Since 2006, Ed has volunteer at the AFSC.

Michael Pelton, was born and raised in Miami.  Joined the Army at seventeen. Stationed on the DMZ in Korea for one year, and then posted to Panama for six months.  Was medically discharged in his third year from wounds received in cross border conflict while stationed in Korea.  After discharge returned to Miami and worked for Dade County School board for ten years.  Moved to Sanford, Fl. where he worked as a carpenter for eight years and then worked for AT&T in Lake Mary in their computer division for ten years.  Worked for Boeing Defense in Orlando for eight years. Was awarded 100% disability from the VA in 2005.  Have been active with the; DAV, VFW, The American Legion, and many other Veterans organizations for over twenty five years.  Michael has volunteer at the AFSC since 2006. 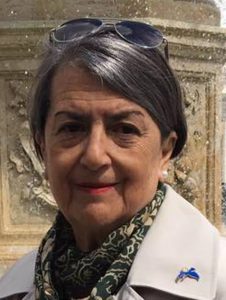 Yolanda Woodbridge was born in Bogotá, Colombia, daughter of a Costa Rican diplomat in post there. She travelled extensively with her family throughout her youth. She studied at San Francisco College in Fort Wayne, Indiana, and then at the Javeriana University in Bogotá, Colombia. Since 1980, she has lived in Miami with her four children. Her husband, Frederick Woodbridge, Jr., is a local attorney.

Since 1983, she has worked in Coral Gables and been involved in many community activities:  Rotary Club of Coral Gables: Member of the Coral Gables Rotary Club since 1994. Mrs. Woodbridge, is a Former President of the Club, has been a Member of the Board of Directors for the past18 years and has held very senior positions in this capacity.Rotary International, District 6990: At the International level continues her service in the following critical positions: GSE Program Chair (Group Study Exchange), Ambassadorial Scholar Program Participant, District Chief of Staff and Secretary, Rotaract Chair and Newsletter Editor.

Sign up to receive updates on events & general information about the Military Hospitality Lounge.